A great way to learn chords is through chord progression practice - especially for beginners. They give you a chance to really get familiar with all sorts of chords.

So I will answer that here.

I often give my students chord progressions when learning new chords.

You can choose any chord progression to practice with. If you need one, try this one for which is great beginners:

1. Play the chord progression over and over.

Your first goal when learning chords and beginning to play chord progressions is familiarity.

You want to become familiar with the chords you're playing.

The first step to playing chord progressions is just going from one chord to the next and doing that over and over.

At this stage you're just getting to know the chords and that's all you need to do. Try playing through the chord progressions with both your right hand and your left hand. 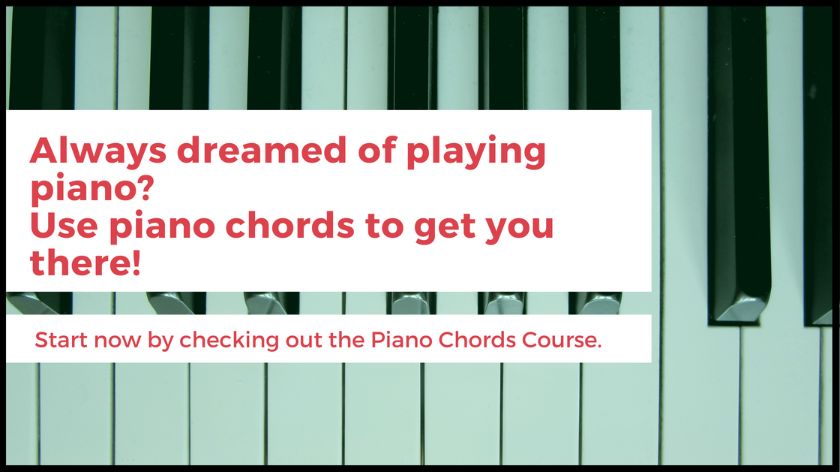 2. Play each chord one note at a time (broken)

The next thing you can start doing is playing the chord "broken" or one note at a time instead of "solid" or all together.

For example, for the C chord, instead of playing all the notes at the same time, when it's time to play the C chord you play the notes C E G.

Next, move to the next chord playing those notes one at a time. And so on.

This is another great way to become familiar with the notes of a chord and that really is the aim of the game here.

3. Play each chord broken then solid

The next thing you can do is combine step 1 and step 2. Play each chord in the chord progression broken and then solid - or vice versa.

While you're playing this way and going through the chord progression, be conscious of your rhythm and speed.

You want this still to be musical and enjoyable to play. It shouldn't really be like a drill.

So be aware of how you're playing each chord and the speed you're going at. Try to spend the same amount of time on each chord.

4. Add the root note in the left hand

Up to this point we have been playing one hand at a time. If you've got the other chord progression practice steps down, now you can play with both hands.

When you play through your chord progression, now play the chord (broken or solid) with your right hand.

With your left hand, play the root note of the chord.

Now we're working on hands together which helps you to learn 2 things, playing chords and playing with both hands at the same time.

5. Take what you're playing a bit further

After you've gotten comfortable with both broken and solid chords, now you can try and take what you've been playing a bit further.

By this I mean playing around with the rhythm, repeated notes and just general experimenting with what you've got.

Now take what those chords and play around and see what else you can do.

6. Start adding notes of the chord from around the piano

At this stage we're moving away from the very beginner stages of chord progression practice.

The next thing you can do to practice is start adding in notes from the chord from around the piano.

What this means is that if your chord is C, the notes are C E G. You can start playing those notes anywhere on the piano. So we want to play the chord in various places now.

Give it a try and see how you like it.

This can take practice to hit all the notes consistently but that's why we're doing this! For practice.

Note: this step is really for after you're familiar with the notes of a chord.

7. Add in notes that aren't in the chord

This step is pure experimentation. You don't always need to play only the chord, you can add in other notes here and there to add a bit of colour to what you're playing.

You'll find some notes that work better than other but here are some tips:

Taking things a step further, the next thing we can do is start adding a melody on top of what you're playing.

This can be anything. It doesn't have to be spectacular to begin with. We just want something to listen to above the chords.

Playing the chord in your left hand really allows you to experiment quite freely with melody in your right.

If you're not sure where to start, just start with a note from the chord and play a few follow up notes around that note.

Your melody can be quite simple in the beginning and the more you do this chord progression practice, the better you'll get.

At this final stage, what you can do is really try to find ways to make your chord progression more complex or make it sound more special.

One way to do this is to make your chord more complex. Instead of playing C, you can play C2 or CM7 or Cadd9.

Then you can try out a feeling. Try to make is sound calm, peaceful, energetic, cool, or whatever mood you're in that day. 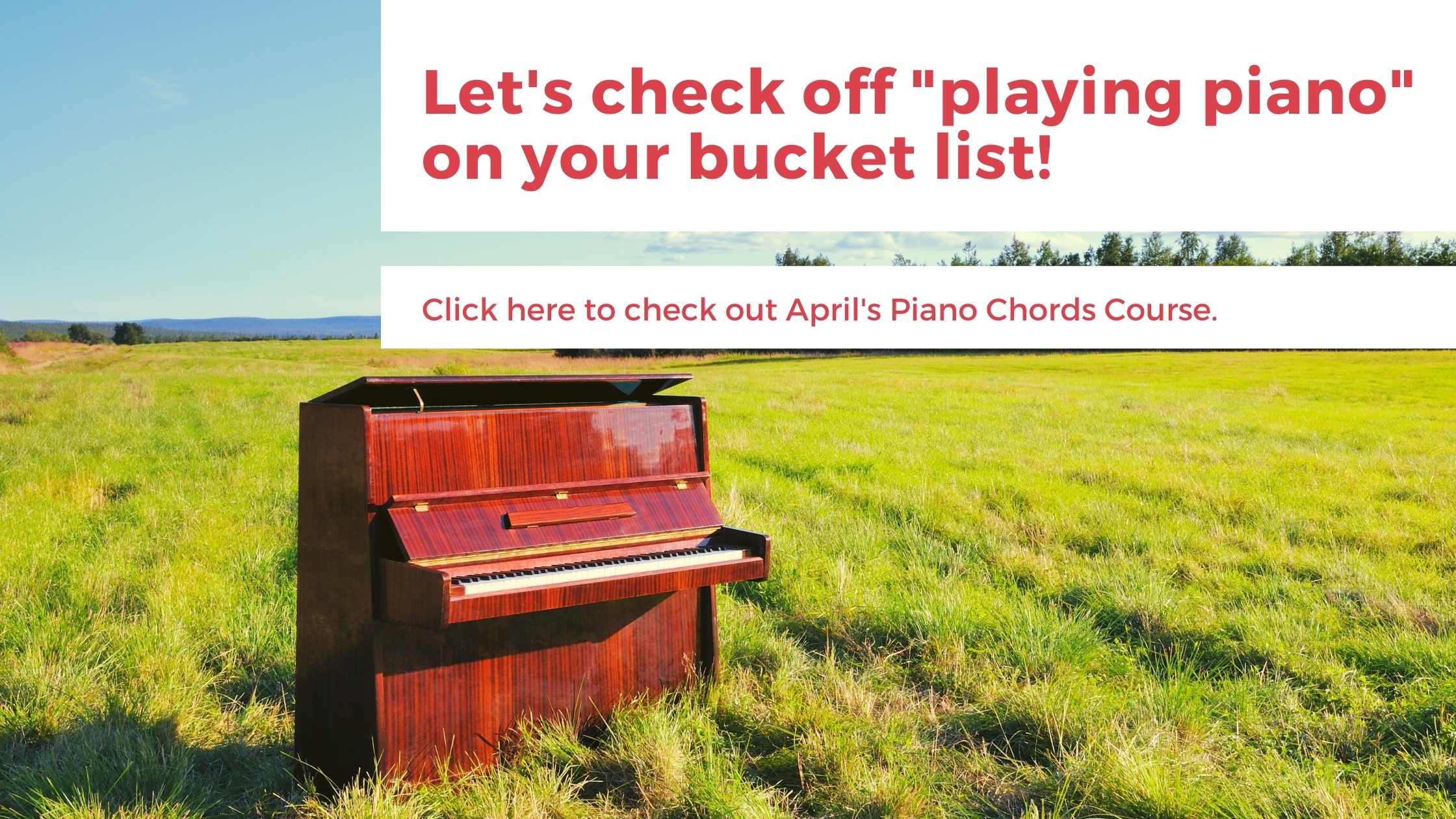 Hopefully that helps give you some tips and now it's over to you!

All you really need to do is experiment, become familiar and practice. It can be quite enjoyable to play chords.