Suspended chords on piano can be confusing for one main reason.

Unlike nearly every other chord, this one has 3 names.

You can also download a my chord chart pdf which includes all suspended chords by clicking on the picture below.

What Are Suspended Chords 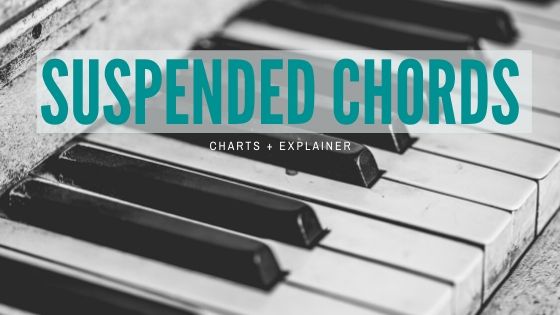 A suspended chord is a unique chord for it's sound. It sounds suspended and like it needs to resolve.

It can be written 3 main ways:

You may also hear this called a suspended 4th chord.

How A Suspended Chord Is Made (Theory)

A suspended chord is made from the 1st, 4th and 5th notes of a major scale.

If you look at the C major scale below, you can count out the notes. 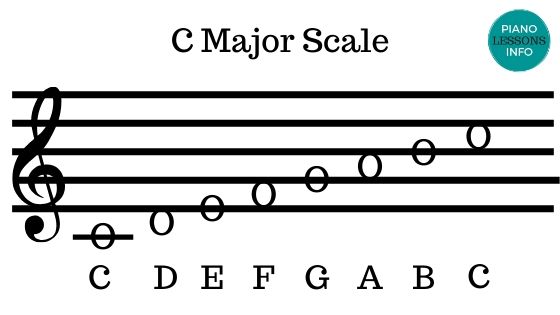 You can make a suspended chord out of any scale you know.

For example, if you know the G major scale and need to know what the Gsus chord is, you can work out which notes fall on the 1st, 4th and 5th notes of the scale.

(Be sure to keep key signatures in mind when figuring out these chords.)

(More chord formulas and explanations on the chord theory page.)

What Are Suspended Chords Used For?

Suspended chords are great for a number of things.

In the same way, suspended chords can be used to create or build interest. It adds something more. You can try substituting a major chord with a suspended chord to add some variation or flavour to what you're playing.

What Suspended Chords Are Not Used For:

You also don't end a song with a suspended chord. It will leave you feeling uncomfortable, unresolved and like things have left hanging. It's a bit like cutting things off in the middle of a conversation.

Other Types of Suspended Chords

Suspended chords can often be part of a larger type of chord. Like a 7th or even a 9th chord.

A suspended 7th chord, for example Csus7 or Bbsus7, uses the formula of the suspended chord and adds the lowered 7th on top.

A suspended major 7th is similar to the suspended 7th chord.

An example of this chord would be CsusM7 or BbsusM7. (That's a long chord name!).

These don't show up all that often. To play this one you play the suspended chord and add the 7th note of the scale to it.

For example (and you can look at the C major scale picture above for this as well), CsusM7 would be C F G (the suspended chord) plus the 7th note which is B. C F G B.

This chord would written as C4add9 or Bb4add9. You may also see it written (technically incorrectly for the chord I'm explaining) as Csus9 or Bbsus9.

For the add 9, play the suspended chord and add the ninth (AKA the second - but technically the 9th) note of the scale. 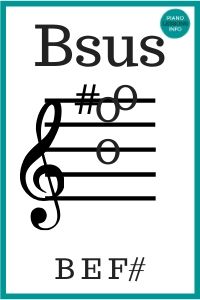 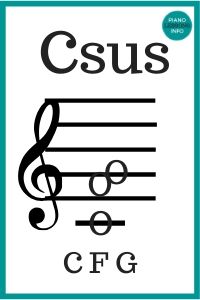 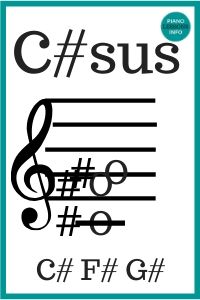 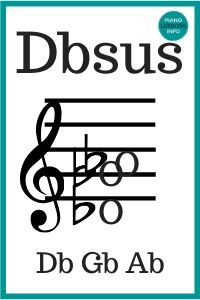 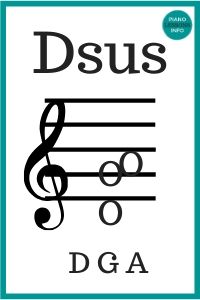 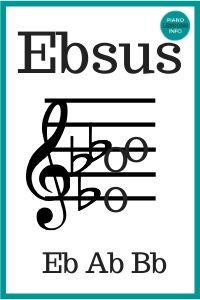 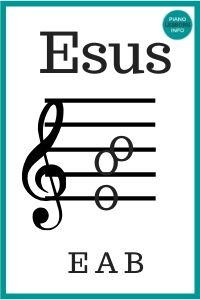 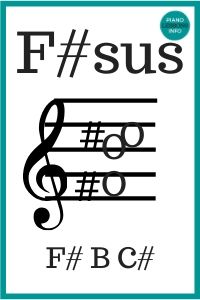 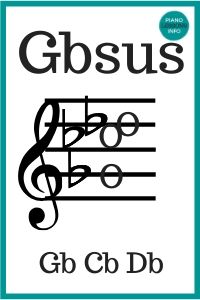 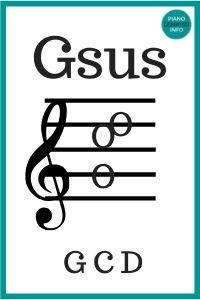