Key signatures are about finding and playing the correct black and white notes for a given key. There are a number of ways to approach learning them.

Here's a short video explanation of key signatures. If it's confusing, read the information below first. Then try the video again.


There are keys with sharps and keys with flats. They can only be one or the other. Most of the time the sharps or flats are black notes.

If a note has a sharp or flat in a key, for example, F#, then you must always play F#. Don't play F.

The only key with no sharps or flats is C. From C, we can figure out the rest of the keys.

Now, all keys that have sharps in them will include an F#. If there are 2 sharps, they will be F# and something else.

Here's a chart of the keys and the notes that are sharp. 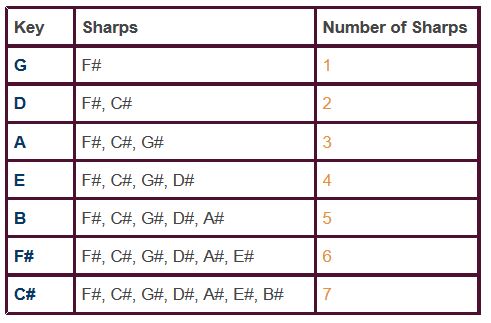 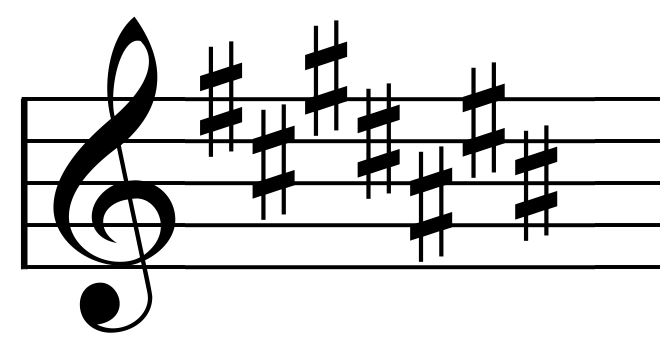 To remember the order of the sharps, you can use this saying:
Father Charles Goes Down And Ends Battle.

The keys with flats follow a different pattern. You count in 4's.

Here's a chart of the keys with flats: 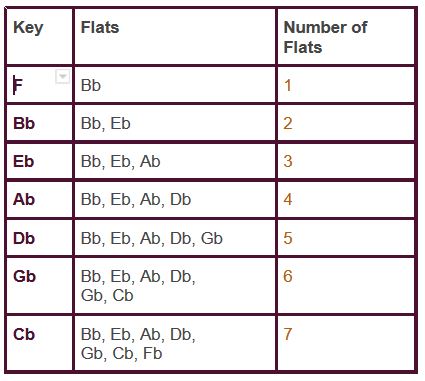 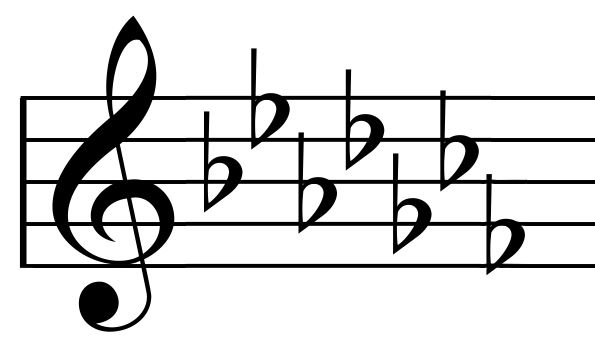 I don't use a saying for the flat keys but the first 4 spell the word "bead". After that I just remember "g-c-f".

If you need to write the keys on the staff, here's how they should look in piano music.

(Note: just subtract the ones you don't need, they're always written in the same place.)