Ready to learn the E major scale on piano? This one is great to learn after you've learned the very basics (like C major, G major and D major).

The first thing you need to know to play this scale is which blacks notes you're going to be playing.

So when you play this scale, make sure you remember them going both up and down.

Here's a video tutorial to help you with playing the E major scale.

The E major scale goes from E to E and has 4 sharps (all black notes) in the scale.

When playing this scale, you can think of the sharps in 2 parts: the beginning of the scale has two sharps and the end of the scale has 2 sharps. You also often cross a finger under or over around these sharps. 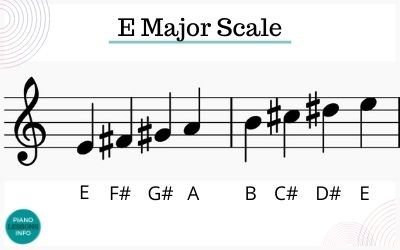 Notes of the E Major Scale 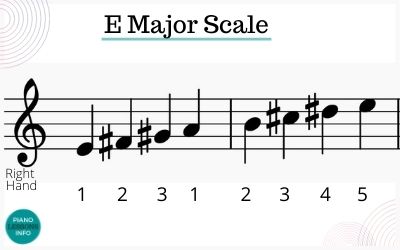 This scale is a nice one to play because you sort of have "markers" - you need to take action around the sharps.

For your right hand, your thumb crosses under after G# (going up). If you were to play more than 1 octave, it would cross under again at D#. 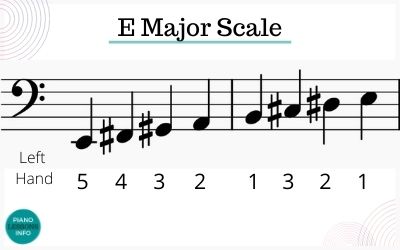 Creating little patterns around what to do in music and playing scales can be helpful.

Here are pictures / diagrams of the E major scale on piano going both up and back down for the treble clef and right hand and the bass clef and left hand. 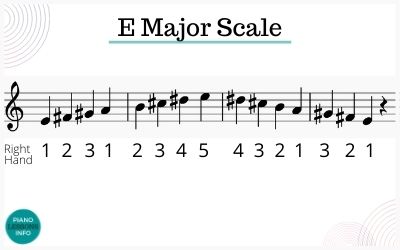 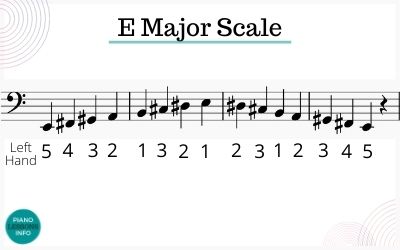 The Key Signature of E Major

Now that you know the E major scale on piano, it also means you know the key of E major. This is great! And something you should remember.

Now that you know the E scale, you can also know and understand the E chord - this is the E major chord and written as just an E.

Major chords are built off of the 1st, 3rd and 5th notes of the major scale. So we can work out the chord by getting those notes.

If you look at the picture of the scale, you can see the 1st, 3rd and 5th notes are E G# B. Those three notes make the E chord and you can play that now as well. 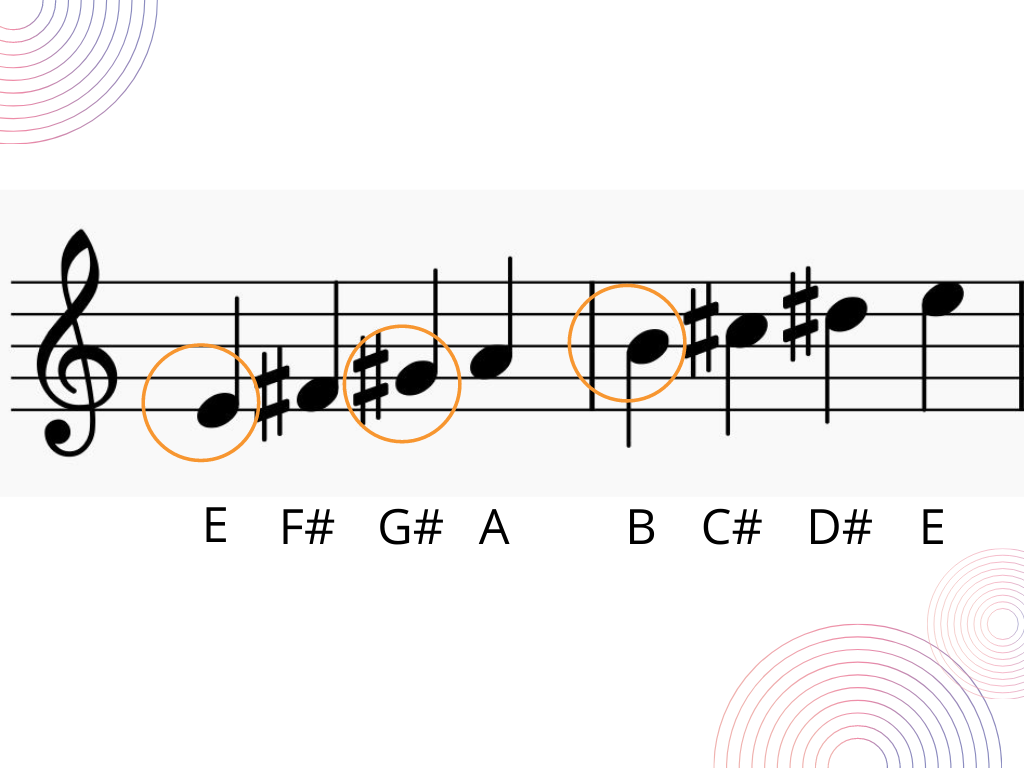 If you look at the third note of the scale, it has a sharp. That's why the chord has a sharp in the middle. No sharp means it's a different chord (in this case it would be E minor chord).

Now if we look at another type of chord, a 6th chord, we can apply the chord formula and make this chord too.

This week, practice the E major scale in any of the following ways (depending on your level):

Also try play the E chord when you get to the end of your scale.