The C major scale on piano is the first scale almost everybody (probably everyone really) learns. It's a basic and fundamental scale and the only major scale with no sharps and no flats.

Have you heard of my scales challenge? If you want to learn and get better at scales, you can join that here.

You can start on any C on the piano, head up (or down) to the next one and have played the C major scale. 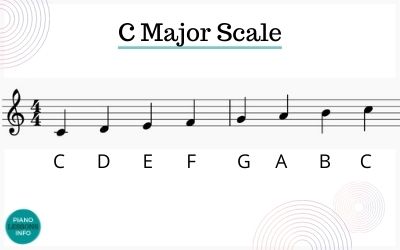 So basically you start on C and end on C but you only have 5 fingers ... so how do you play it? That's next.

You do need to know your finger numbers to play scales and here's a quick visual: 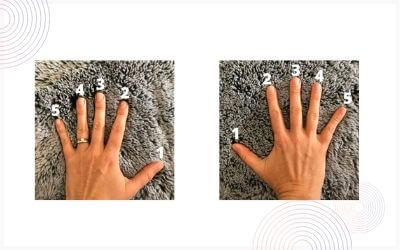 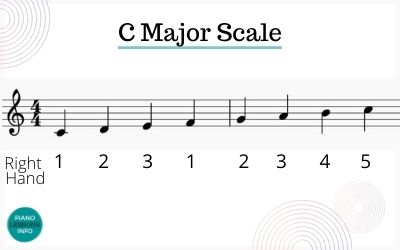 In your right hand when you play this scale, your thumb will cross under finger 3 when going up. (Finger 3 will cross back over when going down.) 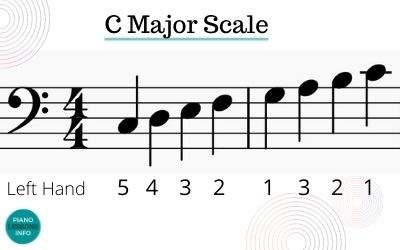 If you want to practice this scale going up (ascending) and then going down (descending - these are the music terms we use), you can use these pictures: 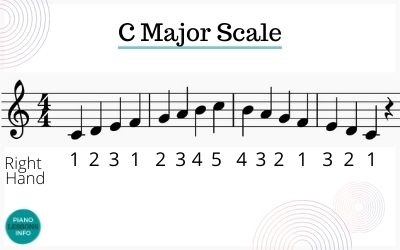 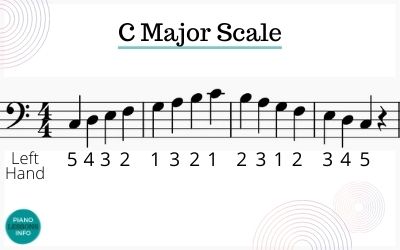 Get the Complete Book of Scales, Chords and Arpeggios here on Amazon (this is an affiliate link).

After you play your first octave, instead of playing finger 5 to end things off, you need to cross your thumb under so you can start your next octave of the scale.

The Key Signature of C Major

Now that you know the C major scale, you also know the key signature of C major. And that is no sharps and no flats.

It's important to note this and also great to understand this scale and key as it is used a lot in explanations of music theory (especially by me).

Another great thing you can learn and understand now that you know the C major scale is the C major chord.

This chord is written as just a C and major chords are built off of the 1st, 3rd and 5th notes of the major scale.

If you look at the picture of the scale, you can see the 1st, 3rd and 5th notes are C E G. Those three notes make the C chord and you can play that now as well.

This week, spend some time practicing your C major scale. If you're not sure how you should be practicing this, check out the page on the Different Ways to Practice Scales.

There are also more scales on the 12 major scales page.